Founding Director of the Centre for Mountain Studies content

Founding Director of the Centre for Mountain Studies 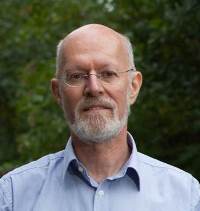 In 2007, Professor Price was recognised for his work as a Principal Lead Author of the Intergovernmental Panel on Climate Change (IPCC) when he, and other members of the IPCC, shared the Nobel Peace Prize with former US Vice-President Al Gore.

From 1996-2000, he was Coordinator of the Task Force on Forests in Sustainable Mountain Development of the International Union of Forest Research Organisations (IUFRO), for which he received an IUFRO Distinguished Service Award.

From 1995 to 2000, Professor Price acted as the Focal Point for Mountain Activities of IUCN's European Programme. In this capacity, he was a primary organiser of the European Inter-governmental Consultation on Sustainable Mountain Development (1996), involving 33 European countries and the European Commission; and was responsible for the implementation of Action Theme 10 (mountain ecosystems) of the Pan-European Biological and Landscape Diversity Strategy.

Professor Price has acted as a consultant on mountain issues to a number of international organisations, and has undertaken many activities relating to the human dimensions of global environmental change (HDGEC), including acting as Secretary of the International Social Science Council's (ISSC) Standing Committee on HDGEC, and preparing research strategies for the US National Science Foundation, the US Forest Service, the European Commission, and the ISSC.

He was Associate Editor-in-Chief of the 'Journal of Mountain Science', MountainMedia Editor of the quarterly journal 'Mountain Research and Development', and the founding Editor-In-Chief of the International Journal of Biodiversity Science and Management, now 'Ecosystems and People'