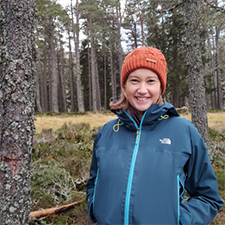 Dr Rosalind Bryce is the Director at the Centre for Mountain Studies. She carries out research on applied conservation and environmental management at Scottish and European levels.

Originally an ecologist, Rosalind now works on interdisciplinary projects that consider the social dimension of how we manage our natural resources. Her recent research includes projects on deer management, land ownership, ecotourism and social innovations.

Alongside her research, Rosalind teaches on the online MSc in Sustainable Mountain Development and supervises postgraduate researchers. At the Centre for Mountain Studies, Rosalind enjoys working within a team who have wide research interests and enthusiasm for knowledge exchange and working with stakeholders.