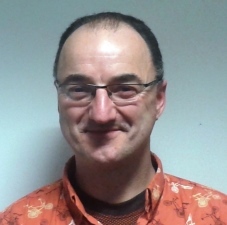 Joined the Centre for Mountain studies in 2015 as a module leader.

Also lead or co-author on the following documents: